Showing posts from October, 2011
Show all

By Skyler J. Collins October 31, 2011
"The Obama administration plans to bolster the American military presence in the Persian Gulf after it withdraws the remaining troops from Iraq this year, according to officials and diplomats. That repositioning could include new combat forces in Kuwait able to respond to a collapse of security in Iraq or a military confrontation with Iran." - NYTimes.com, read the rest.
Read more 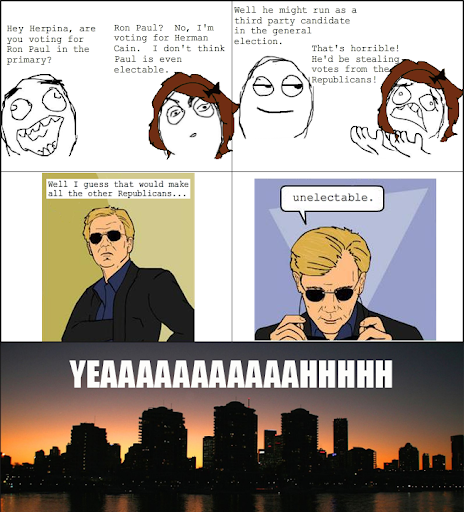 By Skyler J. Collins October 28, 2011
"'The transplants were successful and the donors and recipients are now leading full and healthy lives,' the statement said. 'In fact, because of the transplants and for the first time in many years, the recipients are no longer burdened by the medical and substantial health dangers associated with dialysis and kidney failure.'" - WashingtonPost.com, read the rest.
Read more

Cultivate the Spirit of Freedom?

By Skyler J. Collins October 28, 2011
"Maybe I should spank my kids, force them to do things against their will, and put them in public school. I mean, really, your life these days is forcefully run by others to a larger degree every day. Maybe I should get them used to it? Get them used to being pushed around and told what to do? Learn to comply for their own good?

Better idea, cultivate the spirit of freedom, and let them inspire it in others. Yea, I'll do that instead. May God have mercy on my soul." - Skyler J. Collins via Facebook
Read more

If We Don't Let Our Children Play, Who Will Be the Next Steve Jobs?

By Skyler J. Collins October 28, 2011
"We are raising today's children in sterile, risk-averse and highly structured environments. In so doing, we are failing to cultivate artists, pioneers and entrepreneurs, and instead cultivating a generation of children who can follow the rules in organized sports games, sit for hours in front of screens and mark bubbles on standardized tests. We say we're 'protecting' our children. We say we're setting them up to 'succeed.' Really, we're doing neither, and we're letting an entire generation down. The most fitting way to honor Jobs' legacy? Let our kids outside to play." - HuffingtonPost.com, read the rest.
Read more

By Skyler J. Collins October 28, 2011
"If Ron Paul runs for president as a third-party candidate against Obama and Romney, he changes the entire dynamic of the campaign and totally transforms the national debate." - TheHill.com, read the rest.
Read more

By Skyler J. Collins October 28, 2011
"You aren't getting anything different by voting for Obama or one of the mainstream Republicans. Only Ron Paul is truly different than the rest of the Establishment candidates. So yes, if Ron Paul fails to get the Republican nomination, he should continue his campaign under a third party. Republicans say it would help Obama, I say, who cares? You aren't offering us anything different. I'd rather keep Obama than one day feel nostalgic that he's gone due to his successor one-upping him on Big Government policies, which has been the trend from both 'sides' of the aisle. It's Ron Paul vs. Non Paul. That's it. That's all their is to 2012." - Skyler J. Collins via Facebook
Read more

How PROTECT IP Breaks The Internet

By Skyler J. Collins October 27, 2011
"If we are not allowed to steal money from companies that make things that people want and from the salaries of people who want to buy their products, then we will not be able to hire people to make things that no one wants to pay for." - Government
Read more

By Skyler J. Collins October 27, 2011
"Infants and young children in our culture regularly protest going to bed. They make all sorts of excuses. They say they are not tired, when in fact they obviously are tired. They say they are hungry, or thirsty, or need to hear a story (and then one more story) -anything to stall. They talk about being afraid of the dark, or afraid of monsters in the closet or under the bed. Little babies without language, who can't yet describe their fears or try to negotiate, just scream. Why all this protest?" - Peter Gray, M.D., read the rest.
Read more 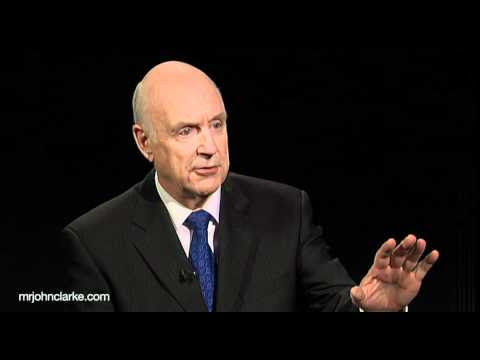 Freedom and the Occupy Movement

By Skyler J. Collins October 25, 2011
"While I have tried to be sympathetic to the Occupy Wall Street (and about everywhere else) movement, the problem I have with it is fundamental in nature. No, it is not the anti-capitalism that seems to underlie it or even the fact that Obama and Michael Moore are trying to get allied with it." - Bill Anderson, read the rest.
Read more By Skyler J. Collins October 25, 2011
"Eventually Paul got so busy he took on a partner. Jack Pruett, who was then fresh out of his obstetrics/gynecology residency, says when he first sat down in Paul's office, he was told there were two stipulations he would have to agree to before joining the practice. 'He said, "No. 1 is we will not perform any abortions." And I said, "That's fine; I can live with that. What's No. 2?" ' he remembers. No. 2, says Pruett, was that the practice would not participate in any federal health programs, which meant, as Paul described it, 'that we will see all Medicare and Medicaid patients free of charge, and they will be treated just like all of our other patients, but we're not going to charge them and accept federal funds.'" - NPR.com, read the rest.
Read more